Deli Plus Bodega Carniceria Competes with the Big Guys 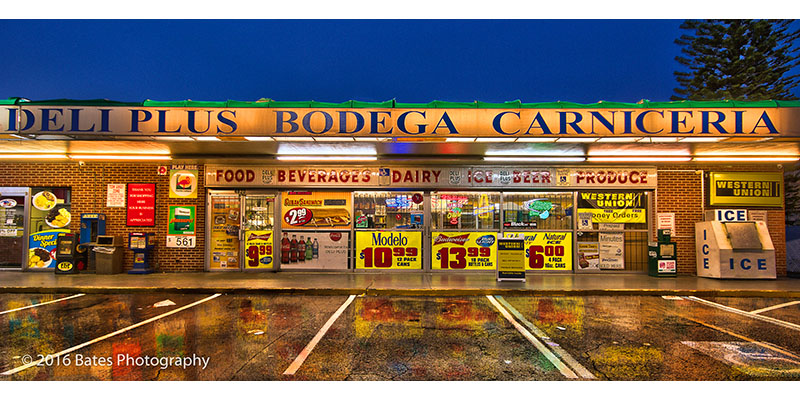 Owner César Estevez thinks he may have found a way to compete with the K-Marts, Walmarts, and Save-a-Lots of the world, the bane of many small business. And he may be right.

César Estevez has managed Deli Plus Carnicería since February 2013; prior to that he owned Value Market on Florida Avenue. He’s followed his father (now retired) as owner of each store. While his father is from the Dominican Republic, Estevez was born in New York. “I grew up in stores like these,” he says. “It’s what I learned and so I knew very early that it was what I wanted to do.”

Although its obviously a family business, Estevez has mixed feelings about passing it on to his kids. Both his daughter and son help out in the store, but he hopes “this is not what they choose. It’s not easy. Long hours, you know.” His son is in school now, but plays baseball so well, he hopes to get signed with the Long Island Ducks minor league team soon. So what’s the strategy? Expand.

This store is called Deli Plus because it provides, in addition to a meat market, a full roster of groceries, check cashing services, Western Union, lottery tickets, and so on. He recently dismantled a back office to put in kitchen services, where he plans to serve Latino food like rice and beans and pulled pork. They don’t have fish yet, but “we will in the future. Everything’s on the table now.”