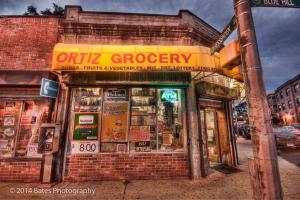 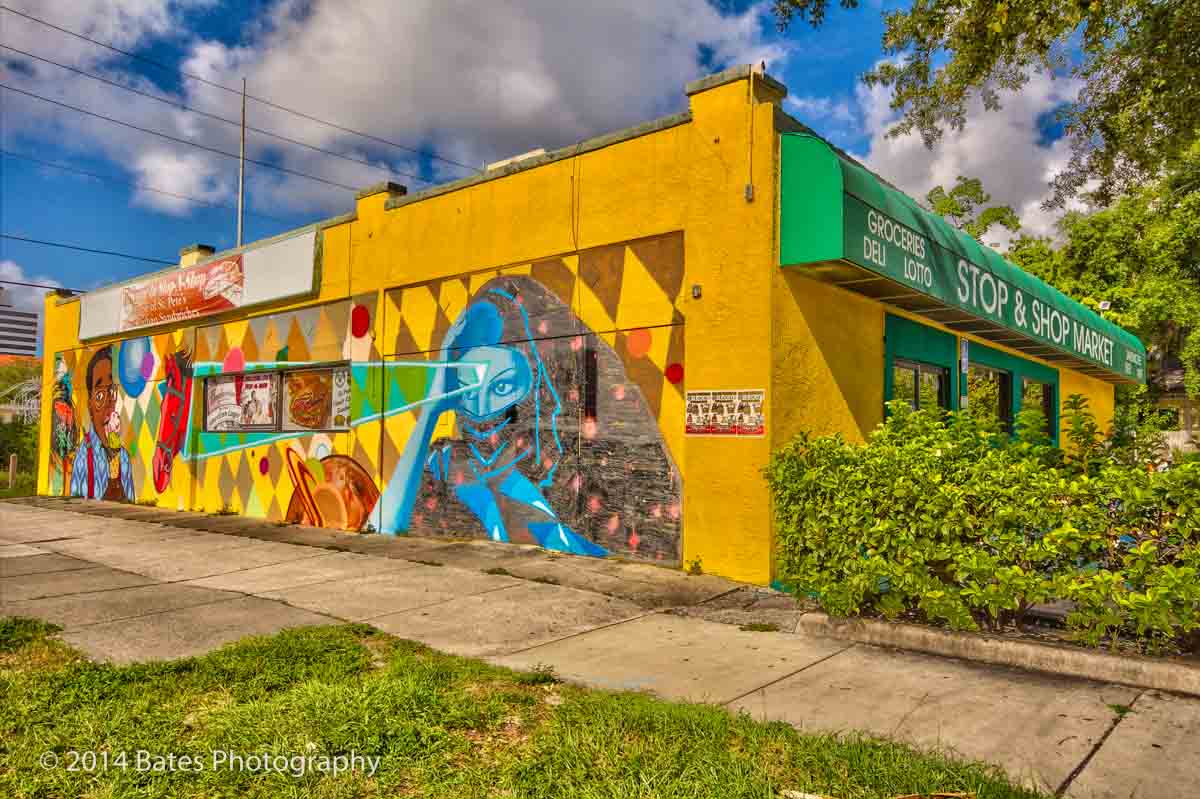 I was first attracted to the Stop & Shop Market because of its colorful and mysterious mural. The woman in the hijab seems to be attached to a visual shopping list via an unconventional thought-balloon. She appears ghostly, blue with glowing red specks on her clothing. What does it all mean?

I told the owner Jim I liked the mural and wanted to photograph it. I promised to give him a copy if he agreed to talk to me more about it and his store. He agreed, so I took some pictures and had one printed at the local CVS. When I gave it to him he shrugged and tossed it aside, but agreed to give me five minutes. He then told me that a young artist had showed up one day and offered to paint a mural for free. That’s all he would tell me. He had no idea what the arcane symbolism meant. He didn’t know the artist’s name or how to get in touch with him, in case the mural needed retouching in the future. Because of the imagery used, the artist apparently did know the owner’s middle eastern heritage. Jim had worked at the store for twenty years and said he was originally from “Cleveland.”

I started asking more typical questions to warm him up, but one of them must’ve upset him and the interview abruptly ended.