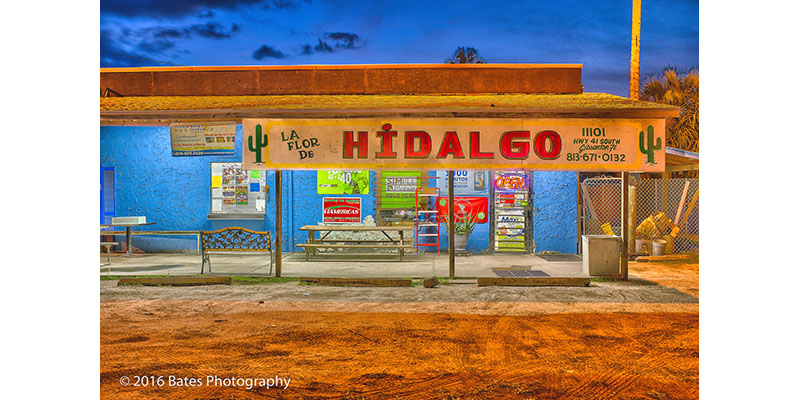 When my first wife and I were in Mexico about thirty years ago, we were often approached by young children selling gum and candy to tourists. We would always buy when offered (but never eat it). They seemed irresistibly eager and friendly. Antonio Sanchez was once one of these children, selling candy in the streets of Mexico City, after moving from his home state of Hildago when his father died. It was there he learned how to approach customers and offer them a product they just had to buy.

When he moved to the United States and married Blanca, he realized he had to learn American ways, and quickly. He found a teacher who inspired him to excel by approaching problems in unique ways. He vowed to learn English, and learn it well “no matter what.” He borrowed nature videos from the local Florida library and spent hours watching them to learn English (much to the chagrin of Blanca, who couldn’t stand them). He rented space next door to the current location and soon saved enough to buy the current building. He named it “Hildalgo” because “people would see it and say ‘Hidalgo? What’s that?’ and come in to see.”

He stocks the store with varied items, from Mexican packaged goods to spices and devotional candles. Their two children help out when they can, but lead their own lives. Despite his failing health, Antonio plans to expand the store with Blanca into a take-out restaurant, hiring additional help when needed. He sees challenges ahead, but but he doesn’t see obstacles.