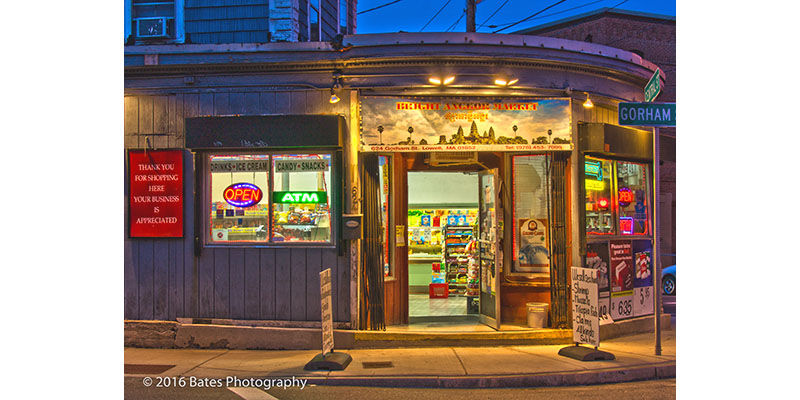 When I met Benjamin Phayso, the owner of Bright Angkor Market, a Cambodian bodega in Lowell, MA, I didn’t have the right equipment to film him, nor even the time to interview him. I took two sets of pictures and left, then I sent them to him.  He soon  responded with this email, which I’m including just as he sent it to me.