All American in Haverhill, MA 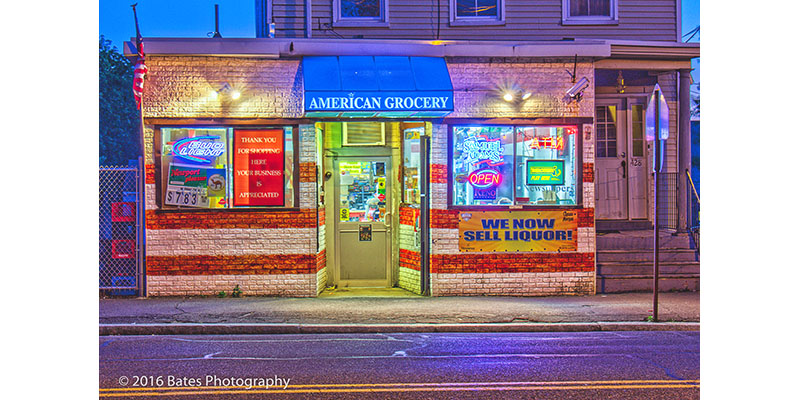 I discovered the American Grocery while undertaking a virtual tour of Haverhill MA, courtesy of Google Streets. I was immediately drawn to its storefront, painted like the American flag. Who could be the owner? Some fervently patriotic person? A retired member of the military? My friend Matt and I took a trip one weekend to find out. We soon discovered that the owners were Indians who’d been in this country for several decades.

Mr. Sohan Saini was raised in Kurukshetra, 80 miles north of New Delhi. He lived on a large vegetable farm with his family and learned how to run a business there. When he came to America, he purchased Primo’s Pizza in Boston. He then sold it to his brother, and obtained Giovanni’s Roast Beef & Pizza in Haverhill with other family members. A few years ago he and his wife Meenu bought American Grocery. Since he spends so much time at the pizza restaurant, Meenu runs the grocery most of the time. Together they decided to paint the store in patriotic colors, both outside and in. Like many immigrants who have succeeded in America, these two developed deep feelings about “the land of opportunity.” No stranger to 80-hour weeks, Saini maintains “You can succeed. You just have to be willing to work hard.”

I never found out who the man was at the beginning of the video. But doesn’t he add a bit of mystery?