Fixing your Camera’s Most Annoying Feature 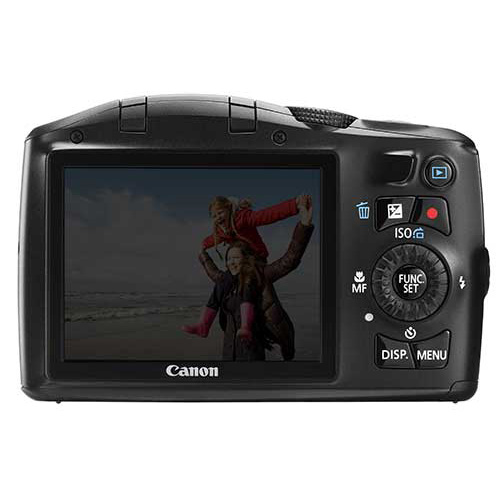 What’s the most annoying feature of a digital SLR? The batteries, with their short unreliable lives? Close, but they’re getting better. So are third-party (cheaper) replacements. The SD cards, with their sudden failures during photo shoots? I once had a failed SD card try to fool me into thinking there was something wrong with my camera, but … no. These are not the great annoyances.

That prize has to go to the liveview LCD screen, a good idea gone dicey. Why? Two reasons.

First, in bright sunlight, most LCDs are next to useless. Although you can adjust their brightness, it’s never enough, particularly when the sun is glaring right on the screen. This pretty much limits it to nighttime use or, at the most, high-shade photography. Second, unless you’re using a tripod, you lose stability. You must hold the camera several inches in front of you, as you do the “two-handed wobble.” You have lost the three-point stability of hand-hand-nose (or eye socket) that you had if you used the rangefinders of yore. Okay, so why not just use today’s rangefinders? Three reasons: not all cameras have them, they lop off about 10% of the view (on average), and they have no touch-screen functionality. The last reason is becoming more of an issue, since all new cameras seem to be packaged with them.

I’ve used three products that address the dark LCD and wobbly camera issues. Each of them takes care of these problems fairly well. But all have design flaws that you have to adjust to or develop workarounds for. 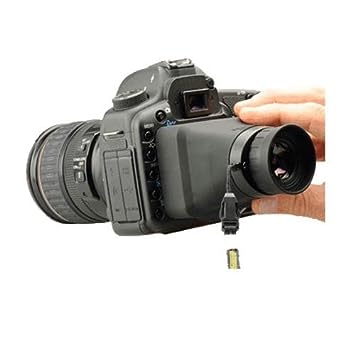 The Hoodman Loupe was marketed as one of the first solutions to the LCD glare problem. This gizmo works pretty well.

Pros: It fits 3-inch screens nearly perfectly. It’s built of hard rubber, so there’s no scratching of camera equipment. The lens is fine German glass with a ±3-diopter so that you can wear your glasses while using it. It’s light and has a carry case and a neck cord, so it will always be nearby. And it’s strong enough to work as the third point in the 3-point stability we mentioned above.

Cons: It’s expensive, about $90. It doesn’t attach to the LCD screen, so you must place it on and off the LCD with each peek. This gets annoying during highly mobile street photography. 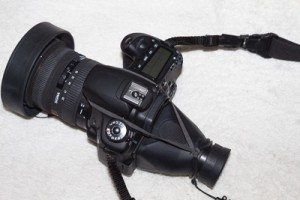 Workaround: You can either get Hoodman’s high-priced “Cinema Strap,” or tie two rubber bands around the neck and attach them to the camera. This works best with larger (APS-C) DSLRs than the smaller ones (micro four-thirds). (I use black rubber bands so that onlookers don’t think I gerry-rigged my solution with common rubber bands.) Of course you have to flip it if you want to use the touchscreen. 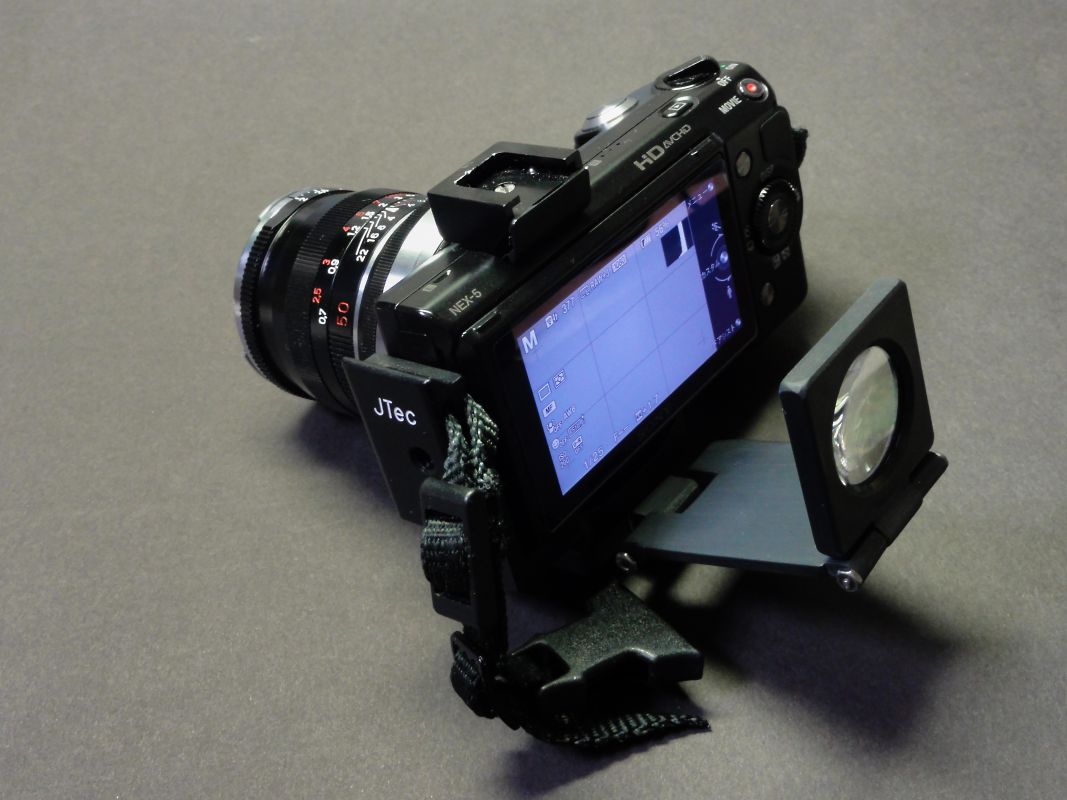 The ClearViewer Optical Viewfinder, an optical magnifier not only allows you to bring your eye 5.5 centimeters (about 2 inches) from your LCD and see your entire scene in focus, it also lets you do so with or without glasses. (I wouldn’t expect it to work both ways, but it does.) In addition, if you push it lightly against your glasses or eye socket, you can add a level of stability to your focusing, preventing the dreaded two-hand wobble.

Pros: It works, and at about half the cost of the Hoodman. Folds up neatly when not in use. Blocks much of the ambient sunlight when the sun is directly behind or in front of you.

Cons: If there’s any glare from the side, it will produce glare on the LCD. Also, the product is made of hard plastic, so if you wear glasses, you’ll probably hear a click each time it touches them.

Workaround: The side ambient sunlight can be mostly blocked by your free hand. You can pad the plastic frame with electrical tape or sticky padding so that it doesn’t scratch your glasses after repeated use. 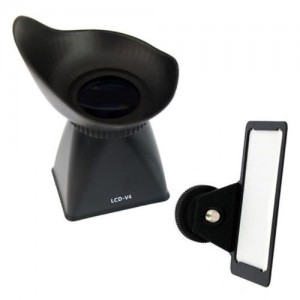 This is not the name of a specific product, but of a class of product. They have many variants. Do a search on eBay and you’ll find a slew of them. If you get the right one for your camera, its metal frame attaches via your tripod mount and will fit over the LCD nice and tight. Four little magnets attach the loupe to its frame.

Pros: It will stay attached if you don’t knock it or shake it too firmly. In the harshest sunlight it keeps the light out –think 19th Century dark cloth–and presents a reasonably sharp view of your scene. Also notice that most are under $10.

Cons: You get what you pay for. I got two from different suppliers. Instead of the anticipated screw-mounted frame, one was delivered with a metal frame that attached via double-sided tape. It popped off a day later. The other one had two loose magnets that needed immediate attention (and works fine now). There is no diopter adjustment. If you’re farsighted, wear your reading glasses. If nearsighted, take your glasses off during focusing (and get eyeglasses retainers).

Workaround: The principle of magnetic mounting is sound and will work if you fiddle with any defective product your $10 buys. Unless you’re very patient, avoid loupes that come directly from China. They will take about six weeks to arrive. If you get the tape-on version by mistake, it’s not worth returning. Don’t despair! Remove the tape and attach the frame to your camera with silicone glue; it will work fine. Get a compact camera neck cord that will attach to the elastic you put on the loupe’s neck. (It doesn’t come with a case.)

What do you think? If you try or have tried any of these, let me know how it works.