A Case of “Come-back Sauce” 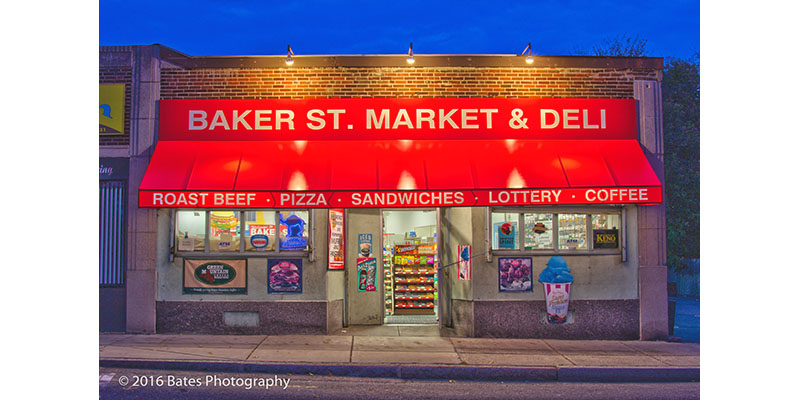 Years ago, a girlfriend of mine told me people always came back for seconds when she served dinner, because she put “come-back sauce” in her food. The same principal applies to bodega ownership. Not everyone’s story about this trade is filled with frantic responses to dire circumstances, or accounts of daily crises that irk the soul. Sometimes the details of daily management appear quite ordinary. On the surface.

Kathy Dakoyannis is the owner of the Baker St. Market & Deli in West Roxbury, MA. She’s a second-generation Greek-American who, together with her husband, initially owned a cleaners and a convenience store building across the street from one another. When the store’s previous owners wanted out, Ms. Dakoyannis decided that since her children had started going to school, she could work it. They bought the business, fixed it up – “resuscitated” it, according to her – and turned it into a fully fledged bodega/sandwich eatery. Now she manages the store. End of story, right? Not quite. She has one personality trait that many bodega owners lack and would gladly pay good money for. She’s perky and genuinely friendly with customers. She knows most of them on a first name basis, and the ones she doesn’t she knows what they want before they even ask. Her sense of humor shines through, even during our video interview. When a customer interrupted with a purchase request, he apologized for disturbing her. “Oh man,” she said,” you just interrupted my big movie debut!”

Throughout our interview, she made several references to her children: adjusting her schedule to theirs, working with them in the store, planning to let them inherit the business (but “only if they want it”) and above all, saying that her favorite job of all is “being a mom.” She happens to treat her customers like family, making sure they’re well fed and provided for. This ensures they keep returning.

Since her customers keep returning, perhaps Ms. Dakoyannis has discovered that trick as well.