Lately I’ve been taking pictures that show how the COVID-19 virus is affecting daily life. Photographers, artists, and designers have participated in such public efforts many times in the past. In 1939, prior to being bombed by Nazi Germany, the British government put up this simple well-designed sign throughout England, urging people to keep their wits about them in the crisis. It became justly famous. 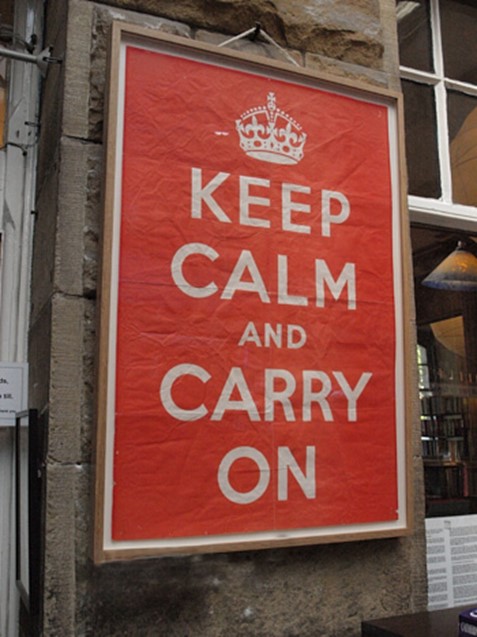 Why are there no such public signs in the United States in this crisis? Some think that it’s because its government does not take the crisis seriously enough to warrant billboards and signs that urge people to act safely. In some places, they are doing just the opposite. For example, Florida’s Governor Santos has ruled that access to public worship in churches cannot be discouraged, alleging that it’s a matter of “religious freedom.” He said local governments can’t shut down churches because “coming up in the Easter season, I think people are going to want to have access.”

Apparently it is also the duty of citizens to draw people’s attention to safe behavior. As a photographer, I’ve been asking friends and family members to pose, using the new emblems of the crisis: masks, gloves, cleaning supplies, public signs, etc.

In “Peter & Keith: Six Feet Together,” my friend Keith visited me and we talked to each other in my driveway six feet apart, wearing masks. Using a telephoto lens, I created the illusion of distance that conveyed closeness and separation at the same time. 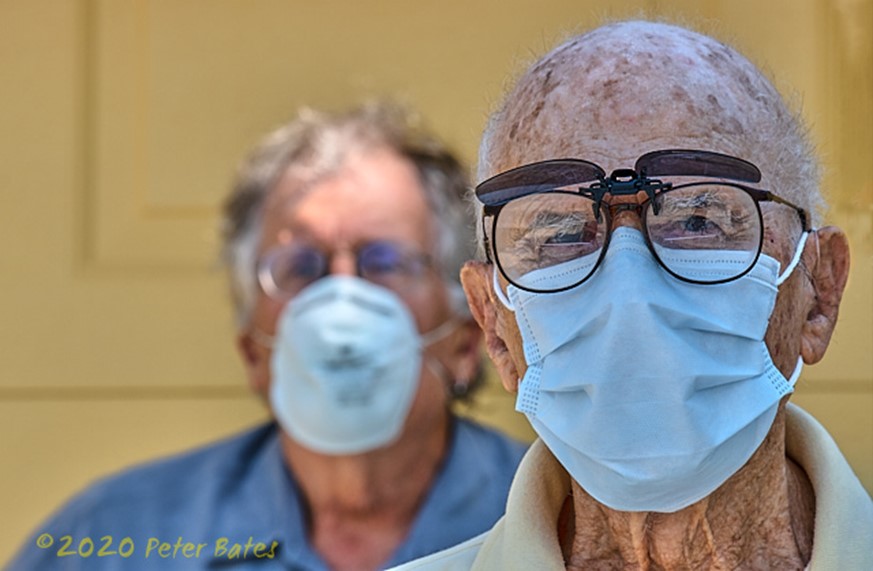 In “Cleanup detail,” I posed my wife Cheryl Levin with typical COVID-19 cleanup tools, next to a public sign in our neighborhood. (I was able to minimize the glare by using a polarizer.) 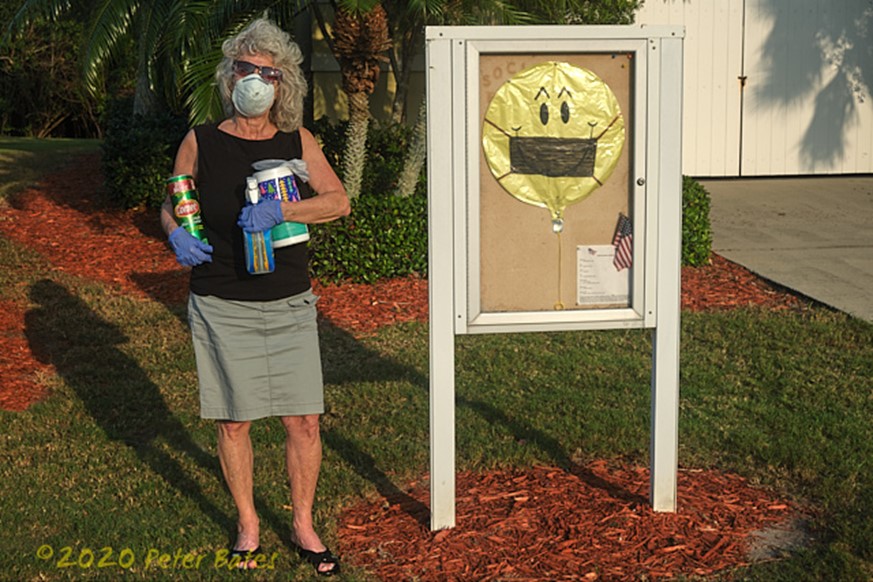 In “Mail Call,” I photographed my wife’s hand, wearing a blue cleanup glove. I haven’t seen anybody doing this, but I have heard reports of people spraying every article of mail comes in. This is almost the same thing (but not as photogenic). 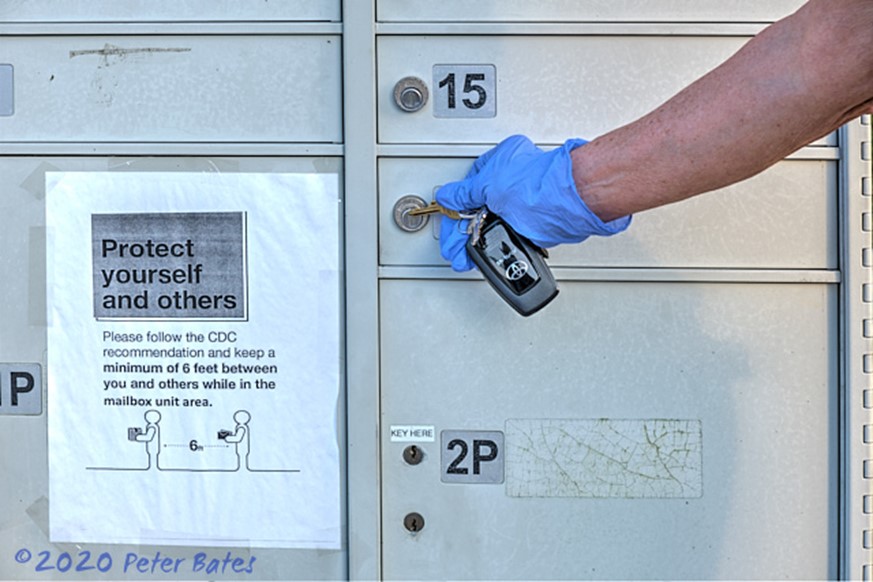 Sometimes I find my ideas yelping at the door like a dog at walk time. In one of them, I urged her to her to accompany me to a supermarket with a lone roll of toilet paper. I propose that she stand next to an empty paper goods aisle. I’d snap my shots as she comically skulked off with the last toilet paper roll. She declined that assignment, didn’t want to alarm fellow shoppers. Not being a ham like me might’ve also had something to do with it.

In the above pictures, I think of the words of the great satiric 19th-century artist Honoré Daumier:

One must be part of one’s times.

What I’m doing is not much, but I hope it shines some light on what’s been happening in this, the strangest time my generation has lived through.