The Three Bodegas of Badra Syad 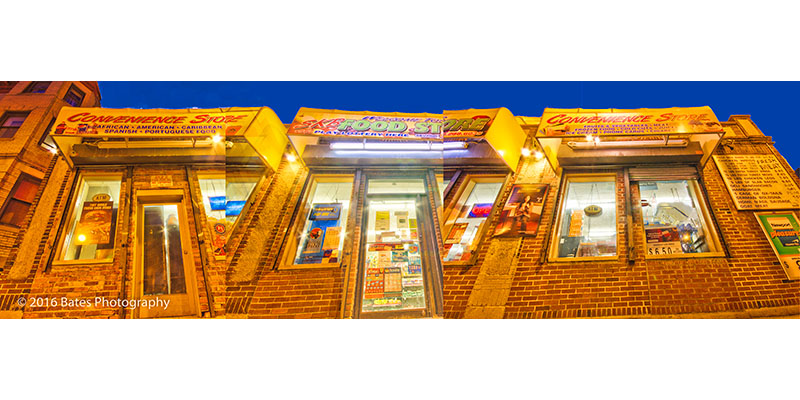 I showed up but he wasn’t there.

For several weeks I’d been trying to get a hold of the elusive bodega owner Badra Syad,  who is originally from Bangladesh. I’d left messages for him, I visited and talked to his employees, and dropped three business cards. I left several phone messages, but of course he didn’t return them. Bodega owners never do. Finally, by luck I caught him by phone at his bodega, the SKB Food Store in Dorchester, MA. I told him I’d be there in half an hour. He agreed, and when I arrived, he wasn’t there. I was told he’d just left for Rosely’s, his second bodega, a two-minute walk up the street.

It’s not uncommon for bodega owners to have two bodegas within a Frito’s throw of each other. It may be one way of containing competition, but it also accommodates the impulsiveness of the average customer, who’ll choose a bodega for scratch tickets based on whether there’s parking nearby or a line at the register. These two bodegas, rather than competing with each other, probably complement each other.

But during the interview, Mr.Syad mentioned that he had a third bodega in Dorchester, the Copley Food Mart, about 2 miles away on Bowdoin Street. He’s had that one since 2011. As with the other two, Mr. Syad knew basic rules of design and greatly improved its exterior. For example, the SKB Food Store didn’t always flaunt a unique 3-sign façade. (It originally had only one.) All three bodegas look great, particularly when lit up at night.

But Syad didn’t buy them for their looks. “All my bodegas, they look nice it’s true,” he maintained. “More important, they must be making money. And that I find out before I buy them.”