8 Myths about the Microsoft Windows 10 Upgrade 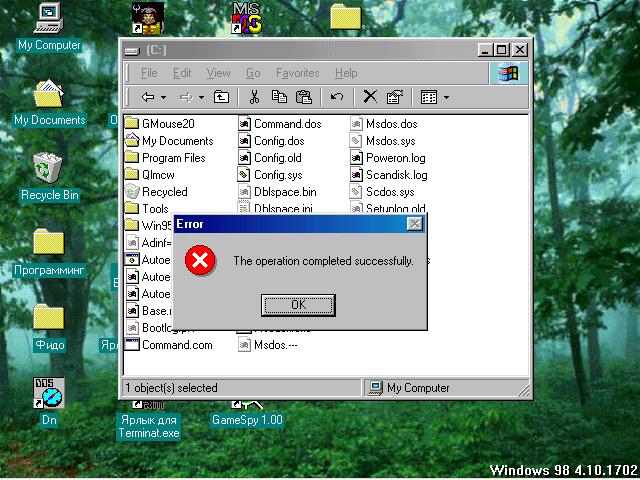 Lately there’s been a lot of press coverage and internet buzz about the new Window 10 upgrade scheduled to happen 7/29/2015. This impending event has also spawned many myths about the process, not all of them exclusively about software. Having worked in the software industry for over three decades, I’ve seen how such things transpire. What did I learn? There’s a lot of mythology floating around any new release. And photographers are not immune.

Myth #1: You should upgrade to Windows 10, no matter what PC you have

If you have an older computer, you may want to rethink this. Windows 10 will have the same hardware requirements as Windows 8.l. That’s good news for Windows 8.1 users. Those running Windows 7 and Windows Vista can expect problems. For more information, see Windows 10: Will your PC run it?

Myth #2: Microsoft is allowing you upgrade to the new release for free for the first year because it wants to improve your computer experience

Do you also believe in fairy dust? It’s a dirty little secret in the computer industry, but they no longer depend on quality assurance (QA) engineers to test product before launches. Microsoft is looking to you to test the software for them. And many people will, through calls to technical support and through persistent griping on computer forums. The fact that this process typically takes a year fits right into Microsoft’s plan.

Myth #3: The upgrade is inevitable on July 29, so we might as well get used to it

Not so fast. You can still turn off automatic updates, should you decide to wait a while before updating. See How to stop the Windows 10 Upgrade from downloading on your system. You won’t be alone. Companies typically wait a year, sometimes two, before taking on a major Microsoft upgrade. They know it can sometimes take that long to shake out the bugs.

Myth #4: If I wait a year after July 29 to upgrade my old computer, I’ll have to pay for my upgrade

Not exactly. You will if you decide you absolutely need it and if you have a relatively new computer. However, if you have an old computer, or a computer on which your current software is working just fine, you can put off automatically upgrading to the next time you buy a new computer. (Hopefully without an added premium, but who can tell?)

Right now you have twelve months to question your motives for this upgrade. Are you the type that has to trade in his/her car every two years to partake of those whiz-bang features? Do you feel left out of the conversation every time your friends brag about their new Smartphones or full-frame DSLRs? If so, then yes, you need this upgrade. You will not be able to live without it. Otherwise, you may want to heed the old car mechanic’s dictum: “If it ain’t broke, don’t fix it!”

Myth #5: Once you accept Microsoft’s upgrade to version 10, you can turn off automatic upgrades to prevent sloppy fixes from creeping in

Nice try. Microsoft 10 does not have this turn-off feature like previous versions do. Once you’re on that upgrade train, there’s no stopping it. This means that Microsoft could introduce an update that causes trouble in some other software you have installed. Like Photoshop. This has happened many times before with Microsoft Windows updates. It happened to me at least five times in twenty years. Updates don’t always play nice.

Myth #6: You can transfer your Windows 10 upgrade to a new computer any time you want

So sorry to have to tell you this. Once you get a new computer, it will be subject to the rules of the new Windows 10 that comes with it. And what happens after its first year is up? Will the Windows 10 copy on your new machine be subject to an OEM license like previous versions were? Maybe. And maybe not. There’s Microsoft haze all over this.

Myth #7: Windows will never be a subscription service

Try grabbing this one by its slippery tail. Microsoft has been rather vague about it. Its current cloud version of Microsoft Office, Office 365, is a subscription service and is doing quite nicely, thank you. You can still get the local version, Microsoft Office 2013, but how long will that last? And Microsoft has said that Window 10 is going to be the last numbered release of Windows. What does that mean? It means this: Microsoft Windows 10 successor will be a paid subscription service.

In the May 19 issue of Scientific American, technology correspondent David Pogue opined on who’s responsible for the upgrade merry-go-round. Most believe it’s just the software companies, but he believes someone else is responsible. “Nobody wants Standard; we all want Deluxe. . . Both the software companies and their customers struggle with the challenge of perpetual feature bloat—but neither party shows any sign of considering other arrangements.” Pogo was partially right: We have met the enemy and he is us.

Myth #8: While Microsoft’s upgrade plans are not ideal, there’s not much you can you do about it

Horse-feathers. You can always just say no and jump ship. Hold out as long as you can with your older version of Windows, and in the meantime educate yourself on the alternatives out there. Like Apple. Or Unix. Did you know that Unix operating systems like Ubuntu 14.04 are not only free, they are virtually immune from the viruses and spyware that plague Windows machines every day? And they have free programs that are very close counterparts to their Windows brethern? Like Open Office for Microsoft Office. GIMP for Photoshop. You can even run Windows 7 as a virtual machine within the Ubuntu operating system, safely insulated from that dangerous network out there. And take your beloved Lightroom along, like I did for my wife Cheryl recently.