Found: A Man Who Loves His Work 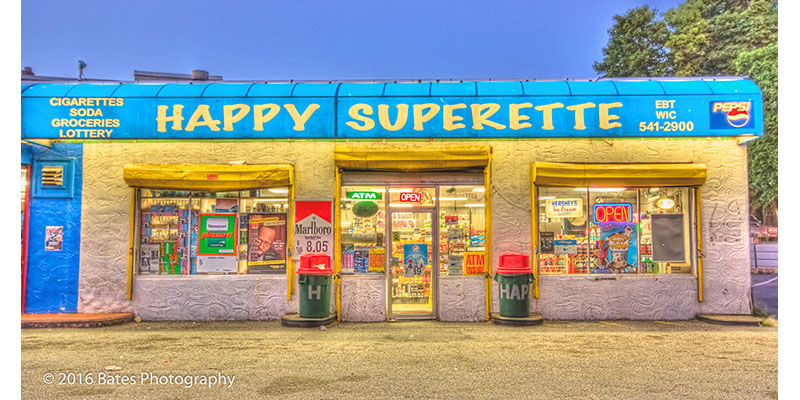 It’s not only the store that’s happy. It turns out the owner is too.

“Having a store, even with all the troubles, it’s a good thing,” said Happy Superette owner Rassel Zahid. “It’s good, because you’re building America. You’re helping the economy.”

You don’t hear such sentiments expressed often. How did Zahid come to have them?

He arrived eleven years ago from  Dhaka, Bangladesh. Initially employed in a gas station, he then got a job in a liquor store. Soon he quit to buy a carpet business in California, but he felt drawn to the retail business. “I like the work, “ he said, “the merchandising. And I like being self-employed and independent. That’s what drives me. Nobody to answer to. Except the government of course.”

It’s not the only Happy Superette in Dorchester, MA– there are two others – but this is the only one Zahid owns. The color scheme was his design when he bought the store four years ago. Now he works 75 hours a week, sometimes seven days straight. “I’ve also had two robberies. Luckily I was not here either time, but it traumatized my employees.” Zahid feels responsible for those who work with him.  “Having a store, you realize many people are making a living related to your business. It’s not just you owning a store.  It’s you helping people.”

Photo Tip: How to Take the Best Environmental Portrait

This photograph of Rassel Zahid of Happy Superette is a special kind of environmental portrait. More. . .