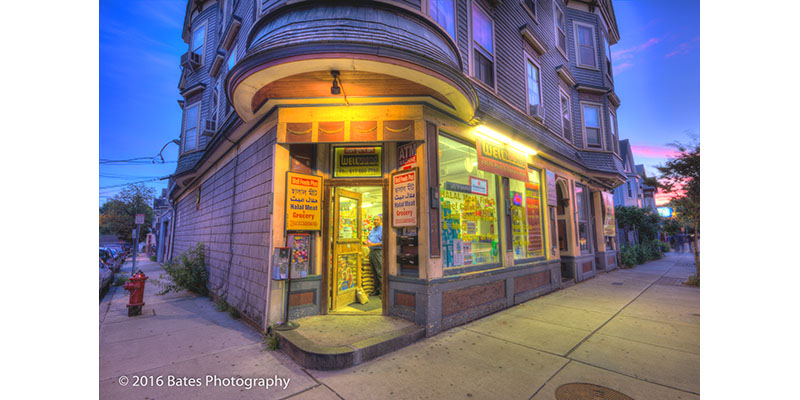 7/31/2011: Jahangir and Rokeya Kabir, owners of Well Foods Plus, have been getting a lesson on how to fight for their livelihood. Their landlord, Jim Herbert, chose to ignore their lease, which is set to expire in October 2015, and evict them along with the building’s other tenants. But he didn’t expect community response.

The Kabirs rented the space for their store in a place that had previously been occupied by an antiques dealer. That meant they had to renovate the space considerably. “We put in over $100,000 worth of work. Counters, shelving, coolers, and so on,” said Mr. Kabir. After opening their market, they sold halāl foods to a dedicated clientele. (Halāl, as applied to food, is any meat, vegetable, or drink preparation that is permissible to use or engage in, according to Islamic law. It is similar to Jewish kosher law.) Jahangir had worked at a Cambridge bank previously, but wanted to open a store because of the economic opportunity it represented, as well as work closely with family members. (His wife Rokeya works there, as do his three boys Ruksat, Rakib, and Rafin.)

According to an article in Post Somerville, “the proposed development, which includes 30 condos and four retail units on top of 378-390 Somerville Ave., will involve gutting a building that houses both residents and two businesses who say they will be priced out of the units that will be built.” The community responded in a series of protests. At one event, “protesters were followed by a truck full of furniture dubbed ‘Gentrification Moving, Inc.’” The Kabirs asked customers to sign a petition, which they presented to the Planning Board hearing on 6/9/2011.

It remains to be seen whether or not the Kabirs get to keep their bodega.

5/12/2012: Jahangir Kabir, perhaps preparing for what he thought was the immanent loss of his Well Foods Plus bodega in Somerville,  partnered with his sister and got a second bodega. Originally called El Colosso Market in Cambridge, it was renamed International Convenience. Read all about it in How to Edit a Bodega.

He also won a “stay of execution” for Well Foods Plus. The owner Mr. Herbert will now respect the lease.