The Seduction of Change – Henry’s Variety 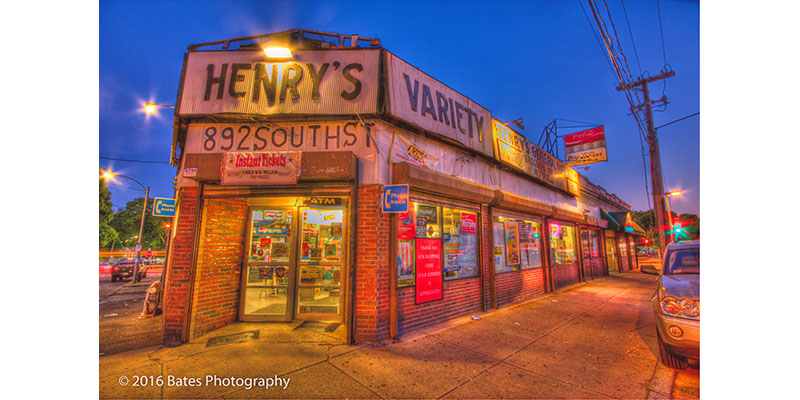 5/25/2010: Sanjay Patel and his wife Devyani have been in the United States for about twenty years. Originally they come from the state of Gujarat, situated on the northwest coast of India. His father Mafatbhai has owned the store for the past ten years, along with Christos Market a block up the street. When he semi-retired, he gave the job of managing Henry’s Variety to Sanjay and his wife Devyani.

Managing a bodega is more than a full-time job. Sanjay estimated that he often works twelve hours a day, seven days a week. During the week, the store is open from 6 AM to 10 PM, sometimes staffed by his cousin Victor on weekends. “These long hours,” Sanjay said, “They are the worst part of the job.” And what is the best part? Sanjay remembered the high tech job he had prior to working here. “Not working for someone else.” I asked if he could picture his children, two girls now in grammar school, running this store when they grow up. “No way,” he grinned with determination. “I want them to get a higher education.”

7/17/2015:  A few years ago, the hand-painted sign was replaced with a more “professional” one, according to Sanjay. (Some contrary souls claimed they preferred the previous sign.)

6/15/2016: Sanjay and Devyani have purchased a new store, a former liquor store in Hyde Park, MA. They plan to transform it into a combination liquor store and bodega, with hot food available. More news as it breaks.