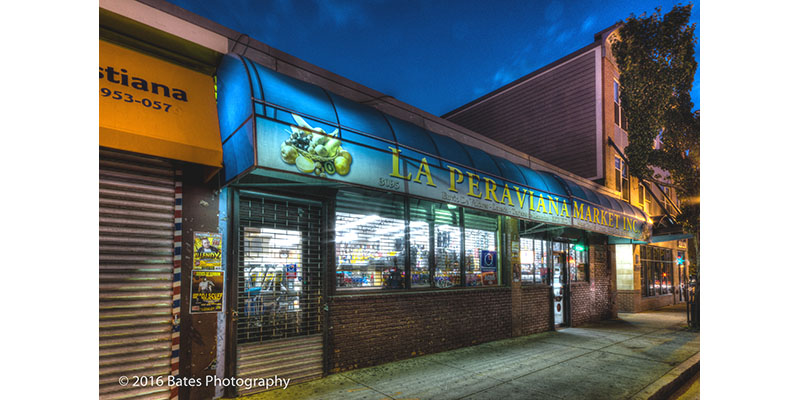 Many bodega owners have this one dream in common: They want their children to stay out of the bodega business. The goal is they attend college and “get educations.” The work of managing a market is too hard and demanding, the hours too long, the leisure time too sparse. It’s not a calling they want their kids to inherit. But there are exceptions. Kathy Dakoyannis of the Baker St. Market & Deli in West Roxbury, Mass. and Nazario Estrada of La Michoacana in Lakeland, Florida have both followed the paths of their parents. And it looks like Wilda Peña of La Peraviana Market in Jamaica Plain, Mass. will do the same.

During the interview she seems almost resigned to it. At the time (7/2011), she’d been attending college sporadically but taking breaks to help out her father at the store. He was getting ready to retire. It’s not an easy decision to forgo college to manage the family store, but perhaps there is more security there than in working for a volatile company, even when one has a college degree.

Orlando Peña had the store since the nineties. When he came to the United States, he worked for a cleaning company, like other Dominican-American bodega owners on Jamaica Plain’s Washington Street (Eddie Oller at The Latin Market, Raphael Peña of Yessenia’s Market). Like them he saved up and bought the store. But unlike them, he was driven out of his first store by fire and had to rebuild.

He named the second store La Peraviana Market, a portmanteau of “Peravia,” the Dominican province of his hometown Baní, and “Anna,” his mother’s name. Perhaps the portmanteau brought him luck. He has had one successful run.

The Peñas know most of their customers by name. Possibly they know Dorothy Miller, who asked why I was photographing the store. When I told her, she let me record her story as well.