Why Does Peter Bates Photograph Bodegas? 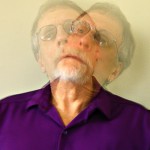 The Bodega Project was started in 2009 by photographer Peter Bates. The photo-documentary project was originally about “the personalities and aspirations of immigrant owners of bodegas and convenience stores in greater Boston neighborhoods. It is also about these unique architectural structures and how they look at twilight.”

The project soon expanded its scope, first location wise, then thematically. Location-wise, it started as HDR night photographs of New England, then Florida, where Bates moved in 2013. He is continuing the project, and captures the unique features of Floridian bodegas and their owners, all of whom appear in his videos talking about their lives.

Peter Bates started his first documentary project photographing the city in which he was employed as a social worker in 1980: Lynn, Massachusetts.

“I went crazy photographing the old shoe factories and colorful characters of downtown Lynn. I was inspired by Cambridge, MA painter Arnold Trachtman’s tilted expressionistic paintings of these buildings. I bought a wide-angle lens to duplicate photographically what he did through his tilted perspective.”

He approached the Lynn Historical Society with an idea for an exhibit called Downtown Lynn Today. It consisted of black & white pictures of the people and buildings of Lynn, jointly exhibited with Trachtman’s paintings. A day after the exhibit opened, many of the downtown buildings burnt down in the 1981 great fire.

“I got called by a friend at 3 AM. She said ‘Lynn’s burning. Look out your window.’ I was on crutches at the time, having sprained my leg. I grabbed my only loaded camera, an old twin-lens reflex called a Yashica-D, and drove to downtown Lynn. I arrived at the same time as the fire trucks and stayed out of the way until I’d used up the roll (12 pictures).” Twenty years later the fire pictures appeared in two consecutive exhibits, one at the Lynn Gallery, the other at the Northshore Community College, now situated on the original fire site. The college purchased five of them and put them on permanent display.

Around the same time, Bates joined Boston University’s Photographic Resource Center, contributing articles and photographs to its quarterly magazine Views: A Journal of Photography. He wrote about other photographers like the German documentarian August Sander and the American FSA (Farm Security Administration) photographer Dorothea Lange. “I respected these people for their talent and the gumption they displayed exploring unlikely locations to document the plights of the dispossessed.” Soon he felt the pull of two seemingly disparate types of photography: documentary/photojournalism and art photography. “The documentary/photojournalism style is slanted more toward capturing the moment—two individuals in conflict, for example, could form a tableau that lacked a good background or even sharp focus. At the same time, an example of art photography, Robert Mapplethorpe’s “Calla Lily,” is so perfectly composed that it brims with naked beauty.”

Bates believes Walker Evans was the most successful in blending both outlooks. His “Gasoline Station, Reedsville, W.Va.” speaks of rustic textures, decay, and faded glory. Despite their forlorn subject matter, they are also pleasingly composed with perfect tonal separation. He got these results using a large format camera  mounted on a tripod and then painstakingly processed and printed.

Recently he has been exploring new techniques of taking and processing pictures. One technique is called high dynamic range (HDR). This technique allows a greater dynamic range between the lightest and darkest areas of an image than standard digital imaging techniques or photographic methods. It involves taking multiple shots of the same scene at different exposures, then merging them into one image through special software.

“A scene that has overly dark shadows suddenly opens up with more detail. A blown-out pasty sky now reveals detailed clouds. We can see the scene with greater vividness, like we originally saw it.”

What is most striking about HDR photography is its application to pictures taken at dusk or twilight. “At that time of day, and even past sunset, there is much contrast between city lights and the dark edges of buildings. Traditional photography has had to sacrifice one type of exposure for the other. You either got the lights with shadows obscuring detail in the dark zones or, if you exposed for the shadows, lights would disappear into white blobs.”

What themes does Bates explore through this new technique? The starburst streetlights in “Christos Market” and “Henry’s Grocery” seem to hover over the buildings like UFO’s. “My mission is to photograph the most startling city images and process them in the most eye-catching way. I intend to extract the most I can from emerging technologies like HDR and produce vibrant images that will knock viewers on their derrières.”

Bates’ goal of blending of new technology and artistic sensibility has captured the attention of fellow photographers, critics, and the general public. A review of Downtown Lynn Today says: “The relaxed Lynn faces look out at you from the black-and-white surfaces like August Sander’s Germans, revealing much about themselves and their city through dress, expressions, and props. . . . the faces tell us everything.” (Views, the Magazine of Photography)

While agreeing that photography can be expensive, exasperating, and even dangerous, Bates has found that the rewards of discovering and conveying new ways of seeing outweigh such trivial concerns.